bell hooks used theory, especially feminist theory, in the same way that most of us use literature. She believed that theory was a liberatory process, and the reason most of us lean on literature as much as we do is because we find in them some solace, connection, and perhaps even some power. This is a list of feminist texts that can provide this balm, this liberation that bell hooks intended when she spoke about theory. If you have a woman in your life whose consciousness you want to raise, here are some books that can transform her understanding of women and their under-rated power: 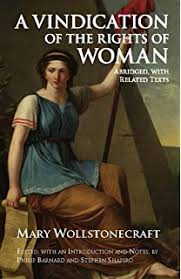 A Vindication of the Rights of Woman (1792) by Mary Wollstonecraft: A leading feminist and a uniquely independent woman in her time, Wollstonecraft, Mary Shelley’s mother, was a woman in her own right. In this feminist treatise, Wollstonecraft advocates intellect and independence on the part of women. She insisted that women should cease to exist as men’s childlike wives and pets and use their intellect to ground themselves in equality.

American feminists, because this book demonstrated society’s relegation of women as secondary entities. In this wonderful book, she pens the term we use in theory, no matter the subject, when we want to show that one part exists as the “other,” the object of the subject. This is perhaps the most important book for women, because it paints as clear picture as to our place in our relationships with men and in the public spaces of the society in which we live.

The Frailty Myth (2000) by Colette Dowling: A more contemporary text, in this book, Dowling explores the myths that dictate that women are physically inferior to men. She 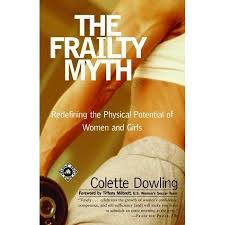 points out that this physical inequity myth is a necessary one because many people continue to believe in its validity; women are not as physically strong as men. In looking at our society, she shows how the reason for this is because institutions like schools and family perpetuate the conditioning attitudes that identify boys as strong and active and girls as passive and nice. These attitudes, like everything else we know about gender inequities, are socially constructed, and when girls and boys are paired off — with the same weight and background skills in sports, they are actually equal to one another.

The Mommy Myth (2005) by Susan Douglas and Meredith Michaels: This book is perfect for the new mother who is usually not prepared for the realities of motherhood. Douglas and Michaels define motherhood as an idealized construct that is in reality a myth. We 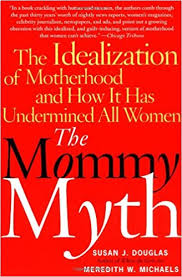 learn about motherhood that the experience is full of love and wonder, but this is the not the entire picture. It is exhausting and full of familial inequities that make new mothers feel overwhelmed and quite like failures when they fail to adhere to the idealized version of maternal perfection. Both mothers, these working women tell us what motherhood is really like and where these myths come from. Very informative.

The Feminine Mystique (1963) by Betty Friedan: This book made Betty Friedan the mother of feminism. A housewife in 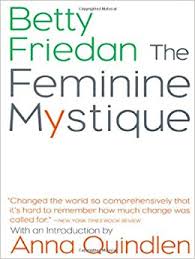 the suburbs, she experienced the realities of another myth: the happy housewife. Middle class women in the suburbs were undeniably unhappy while living under the care of their husbands, taking care of their children and their homes. She brings to light “the problem that has no name,” which is just another construct of women’s lot. Interestingly, women still take on the housewife/mother role as a “choice,” but the problems of loss of identity, exhaustion, and dissatisfaction with their marriages and lives continue to exist.

More from my site